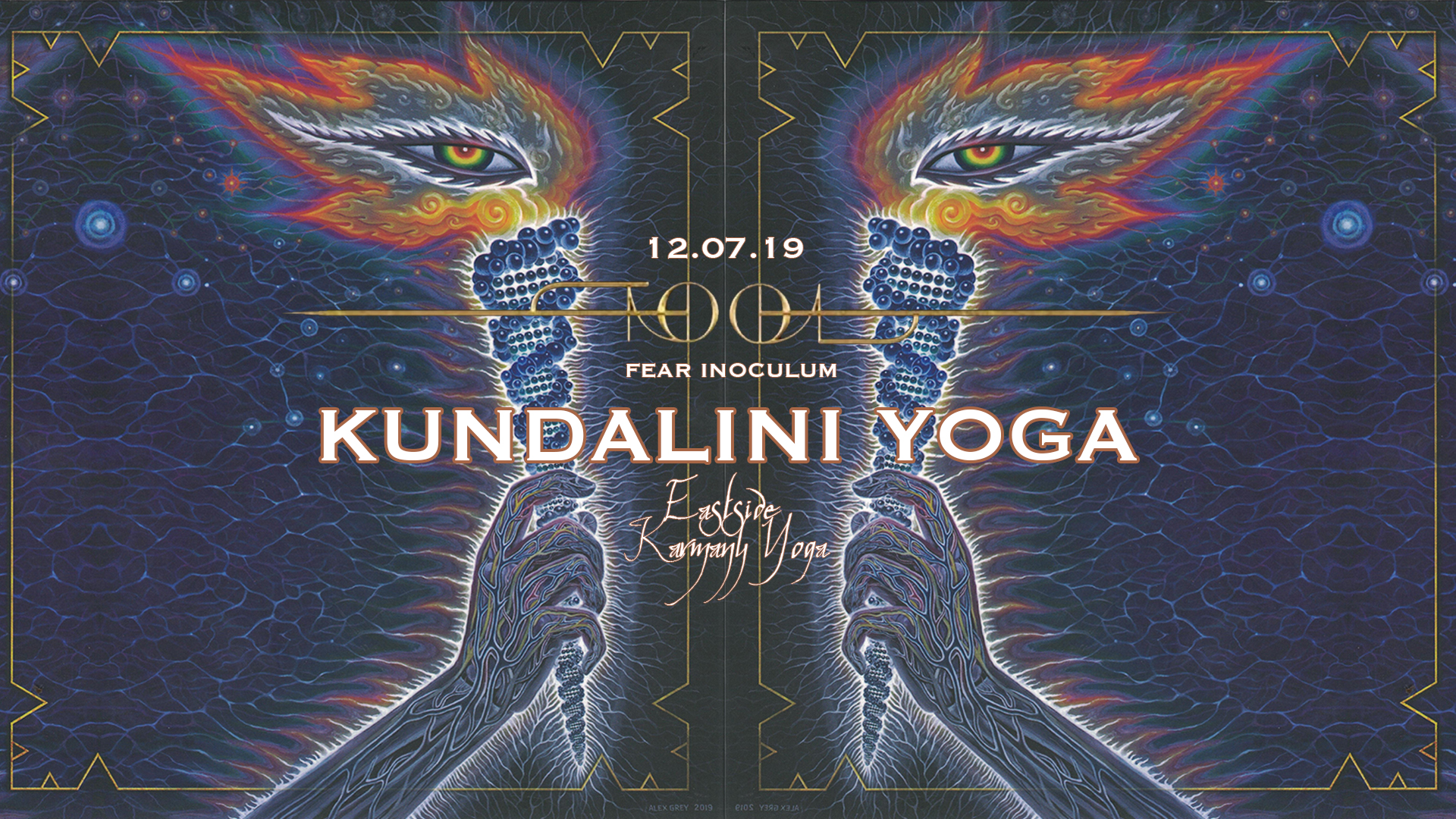 Join us for a truly unique Kundalini Yoga experience that will focus on letting go of fear and creating a new inner paradigm with one of the most progressive albums and groups of the last 25 years. Spiral out. Keep Going.

“Upon hearing the new TOOL album, ‘Fear Inoculum’, I was mesmerized by the powerful sacred geometrical sound current vibrating through it and began implementing it into some of my Kundalini Yoga Sadhanas, to find it offers a deeply effectual means to push through old patterns. To hear the evolution of this group reminded me of all our journeys through fear, paranoia, and loss, that lead to a grander Vista on the other side. Kundalini Yoga already offers the tools to transform your life, so why not create a class to share these tools with TOOL as a potent soundtrack??”
~Daniel Katsük~

Daniel Katsük BIO:
A chameleon of creative expression, Daniel is a Kundalini Yoga instructor and sound therapist, facilitating retreats and workshops with live instrumentation, along with co-hosting with Charles Gaby MA, a radio show called Roots of Change: Conversations and insights into transforming our lives, relationships and communities on Southside Pirate 97.5FM (DFW). KatsüK has written and performed (in Denver) for the Off-Broadway production The Portal, a Modern Shamanic Journey and has played numerous music festivals, retreats and venues across the world, sharing the stage with such esteemed and varied acts as Spoonfed Tribe, Colin Hay (from Men at Work), Nahko & Medicine for the People, Galactic, Ziggy Marley, Peter Yarrow, Polish Ambassador, Ozomatli, Rising Appalachia, Kan’Nal, Rebirth Brass Band, Trevor Hall, Los Lonely Boys, Cas Haley, Cowboy Mouth, Guy Forsyth, and Brave Combo. Along with touring and recording with the musical group KatsüK, Daniel is a voice actor for FUNimation, where his music has been featured in the animated series Dragonball Z, Case Closed, and Full Metal Alchemist.